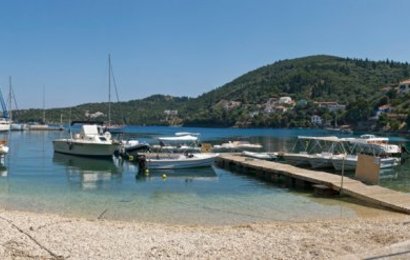 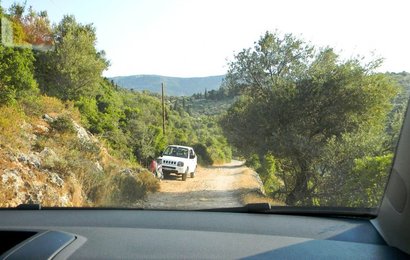 About one hundred square kilometres of land surface amidst the turquoise waters of the Ionian Sea, just a few thousands of ‘native’ inhabitants, mountain ranges but also green lowlands, endless beaches and blissful peace, devoid of crowds of eager tourists - that is short advert for the Greek island of Ithaka. The island is located on the east of another holiday destination, Cephalonia, the island Ithaka comes under administratively together with a few more little islands.

The history of the island is related with some really famous names. From the ancient history, we must mention Odysseus, famous for the fascinating epic poems by the illustrious poet Homer. It was also Homer who, writing about the Ithacan king and the famous traveller in his epic poems, mentions, altough not in a very favourable manner, the island of Ithaca, referring to it as a place ‘good maybe to breed goats’. From modern history, we need to mention the prince Charles and his wife Diana who decided to spend a part of their honeymoon on the very island of Ithaka.

The name of the island itself, Ithaka, is quite notable. Although in ancient times the island had different names that were changed a couple of times, the current name has been used since antiquity. There are several interpretations of its origin, one of them based on mythology and assuming that the inspiration for the island’s name was the fabulous hero of Ithakos, the son of the God of the Seas, Poseidon. Another of the hypotheses has its origin in the Phoenician era and the word ‘utica’ that could be translated into English like a colony or settlement. And finally the dictionary of Greek language contains the expressions of ‘ithy’, meaning cheerful. Therefore Ithaka could be also called ‘the merry island’ which wouldn’t be that far from the truth.

There is never enough information about Ithaka Island. And who would be more familiar with the island than those who have spent there their holiday? We would like to ask you to dedicate a few minutes of your time evaluating your holiday on the island, telling us what you liked there and what Ithaka means to you, or possibly also to give us tips and advice that could be useful for other visitors who are interested in the island and are thinking of going there for holiday.

Why should you choose Ithaka

Ithaka Island is only 30 km long, and it can be all travelled from one tip to another either on foot or on bike or by bus or boat along the coast. The boat is by the way the only means of transport you can use to get to the island since there is no airport nor any other connection with mainland. You can make use of the boat lines from Cephalonia, Lefkada, Corfu and the port of Patras. Ithaka is ideal for hiking not only because of its size, but also due to the fact that it doesn’t belong to the busiest and most visited Greek destinations, and so it doesn’t adapt so much to the visitors’ needs, preserving its natural character. The local nature full of rocks, hills, pine forests, vineyards and olive and cypress groves is a makes a perfect scenery for your long sunlit walks.

In case Ithaka has caught your attention and you would like to travel it a bit more, we have prepared the section Ithaka - rental services for you where you can read about our tips on renting a car, a scooter, or a boat. And don’t forget to take a look at the section Ithaka - map of the island, to know what to expect.

Who to go to Ithaka with - recommended tours and travel agencies

Ithaka is an island that has been forgotten a bit, and so the offer of tours to the island is not really broad - in some parts of the year, there are even no tours being offered at all. You can see the section Ithaka - Tours centre - if you find nothing there, then there are no tours available.

The capital of Ithaka

The capital town and at the same time the port of Vathy, located in a picturesque bay with the small island of Lazareto on the north from Ithaka Island, has been the island capital since the 16th century. Originally it was protected by castle fortifications from two sides, but today you can only see there guns as the imaginary protectors of the port. The coloured houses scattered along the bay, the small square with shops and cafés, the calm turquoise sea and sleeping hills covered with dark green vegetation don’t really suggest at all that in the 1950s the town was hit by a violent earthquake  On the island of Lazareto that served as a point of quarantine of the newcomers to the island two hundred years ago, and as a prison only hudred years ago, you shouldn’t miss the little church consecrated to Christ the Saviour. Only a few kilometres south from the capital, there is the Cave of Nymphs where Odysseus is said to have hidden the gifts after his return from the Trojan Wars.

Although Ithaka is not really the most frequented target of the tourists, the local beaches do have something to offer, despite not being all comfortably equipped. They stand out especially for their fine sand, crystal clear water, azure-blue colour and the charming surrounding landscape full of rocks and green vegetation, tempting every lover of water pleasures. Some of the more remote beaches will delight especially those who like to discover wild nature without having to be lying aroung among deckchairs and holidaymakers taking a sunbath, or those who prefer to enjoy a calm holiday on a yacht at the seashore. The moast famous Ithacan beaches are Aspros Gialos, Dexa (awarded the Blue Flag for quality), Filiatro, Gidaki (accessible only by boat), Loutsa, Minimata (Mnimata), Pisso Aetos near the historical sites), Polis (with a sunken ancient town and an archaeological site) and Sarakiniko (with a really impressive landscape).

Ithaka - more tips for trips and places of interest

If the island atmosphere awakens your spirit of a discoverer, set off to the island wilderness. You shouldn’t miss the island highest peak, Niritos in the north, and the second highest peak, Merovigli in the south. In the interior, you can find monasteries that won’t be missing almost on any Greek island. On Ithaka, it is e.g. the Panagias monastery in the north, near the village of Stavros. There you can also visit an archaeological museum and see the bust of Odysseus. And once you are exploring this area, the place you shouldn’t miss is the Cave of Loizos used for religious purposes in the ancient times. A bit further in the east, the place worth visiting is the port of the Kioni resort where you will find another of the monasteries, Agios Nikolaos with its unique classical column. In the southern area of the island, besides the best of the beaches, you can make a trip to the Taxiarchon Monastery, and if you are lucky, you may hit the local wine festival  that is held every year on the last Saturday un July. You can also paricipate in the celebrations of St. Marina Day, taking place once a year on 17 July in the small village of Exoghi. Later in the month, on 20 July, there is the St. Ilias Day celebrated in Kioni, and finally on 5 and 6 August, the whole island comes to life with the hugest and the long-awaited festival taking place every year in Stavros.
You will find an onerview of the places of interest on the left in the menu of Sites list, with the best sites described in the section Tips for trips.

Who is Ithaka suited for?

If you are yearning for lively entertainment in clubs and bars till the early morning hours, Ithaka probably won’t be the right island. Of course there are discos and spots open till late at night in the capital and some other places, yet the island is not by far so bustling as other destinations, renown for their nightlife. Ithaka is more suited to a family holiday, or holiday for couples who are searching for a compromise between tranquility and a more peaceful nightlife like going for a dinner and spending the night over a glass of wine.

Travel agencies offer tours mainly to the resorts of Kioni and Vathy.

Tips on a hotel in the area Ithaka 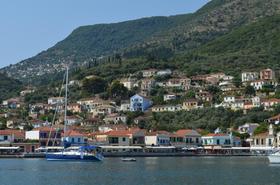 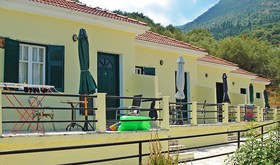 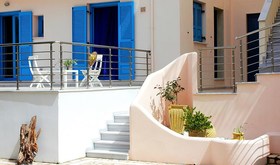 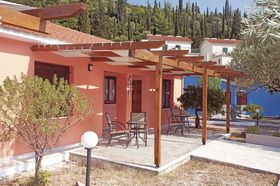 Captain Giannis from 14 683 Kč with all the fees 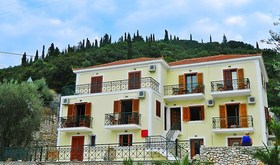 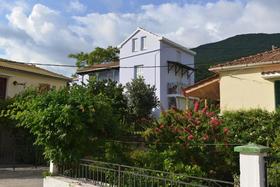