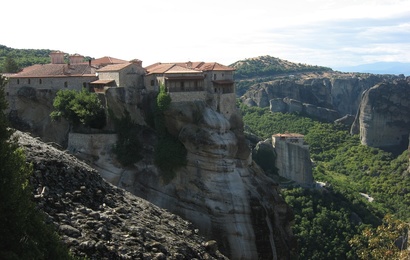 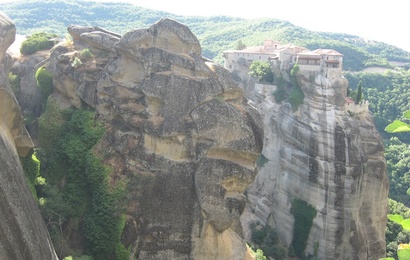 The landscape of mysterious stories and the birthplace of the Greek mythology, right under the site of the sumpreme Greek gods - Mount Olympus. It is in this very place where the Olympic Riviera can be found, a resort with magical beaches, impressive scenery of huge mountains, old witnesses of the ancient times. To get a better idea of this destination and to see where everything is located, see the section Olympic Riviera Map.

The Olympic Riviera is located in the Thermaic Gulf near the coast of the Aegean Sea on the Greek mainland, about 100 km from Thessaloniki with an airport.

The landmark and the natural jewel of the region is the Olympus Range, with the highest peak of Mytikas boasting nearly 3 000 m. Even on sultry days in summer, you can indulge in the weird view on its white snowcap. Besides their beauty, the rocks also provide favourable conditions for some species of rare plants and animals, and so it is not surprising that the whole locality is strictly protected as a national park and by UNSECO. With its mountain climate and clean air, the riviera is, except typical holiday-makers, also a target of all those suffering from asthma, allergies or some of the skin diseases which are treated there successfully.

One of the main attractions of the Olympian Riviera are its famous, more than 60 km long beaches, with goldish sand and crystal clear blue and turquoise water. It is no wonder then the riviera is awarded the Blue Flag of the EU for quality every year. The traditional resorts are Leptokaria (a resorts offering all the comfort you can imagine, and entertainment for both adults and children; the beach was awarded the Blue Flag), Nei Pori (a resort with one of the most beautiful beaches in the region, suitable especially for parents with small children - the beach offers facilities like an amusement park, sports activities and games), Platamonas (a comfortable resortswith a clean beach and all the tourist service necessary, and a vast medieval castle in the background).

There is never enough information about the Olympic Riviera. And who would be more familiar with the island than those who have spent there their holiday? We would like to ask you to dedicate a few minutes of your time evaluating your holiday on the island, telling us what you liked there and what the Olympic Riviera means to you, or possibly also to give us tips and advice that could be useful for other visitors who are interested in the island and are thinking of going there for holiday.

What to do on the Olympic Riviera?

Once you can wery of idling in the paradise of the beaches, set off for a trip to the wide landscape to discover its thousands of beauties. You can do that on a mountain bike, climbing the rocks using ropes and pitons, or simply walking. In all cases don’t forget to bring your (video) camera as there will be a lot of inspiring pictures to take. You can visit the place called Litochoro,  a former spa town near the Leptokaria resort. it is located in the foothills of the Olympus Range, serving as a point of departure for climbing to its peaks. The town is perfect for nice walks and shopping in the little shops or at the market. Close to the town you will find the village of Dion, named after the supreme Greek god and famous for its numerous archaeological findings. A bit further, there is a place called Neos Panteleimonas, a mountain village with charming houses and the huge castle of Platamon on a rock densely covered with exuberant green vegetation. On your way to the dripstone Spilia Cave located south-east of the Leptokaria resort, you will come across the village of Rapsani that became a kind of wine cellar of the region for its favourable conditions for growing grapevine. In the Olympic region, you can also experience an interesting gravitational phenomena: on the magnetic mountain of Lifidra everything is exactly the other way around than we are used to - walking to the hill is more difficult than going down, and even the water there flows upwards, not downwards. Which is a bit terrifying but funny and totally unique.

If you long for a longer trip that will uncover the unseen jewels of the region, you can go further to the interior to a place called Kalambaka. You will see there an incredible building that will make your flesh creep. On a huge massive rock, monasteries have been built, named Meteora. The name means ‘hanging in the air’, and the graceful monastery building actually seem to be hovering in the space between the rocks. The whole scenery with bizarre mossy mountains is completely unique and frostily mystical.

The classical targets of the tours organized from the Olympic Riviera obviously include the well-known places like Athens (there you can see the Acropolis, the temple of Parthenon, the Olympic Stadium, the Arch of Hadrian and other monuments included in the world’s cultural heritage), Delfi (a perfect place for those interested in mysticism since this was the very place where the priestess Pythia was dwelling in the cathedral with the oracle), Thessaloniki (the second latgest Greek city after Athens where you will find many different museums, historical sites, and also one of the largest waterparks in Europe); or you can visit some of the islands (e.g.. Skopelos, Evia, Lesbos, Skiathos, Thassos or the Chalkidiki peninsula).

Which travel agencies offer tours to the Olympic Riviera?

There is quite a lot of travel agencies offering tours to this regio; you can view them in the section Olympic Riviera Tours. Besides that, we would also recommend you to see the offer of the travel agencies in the chart, as they sometimes have a discount or special offer that couldn’t be included in our system.

Where to go to the Olympic Riviera?

Tips on a hotel in the area Olympic Riviera 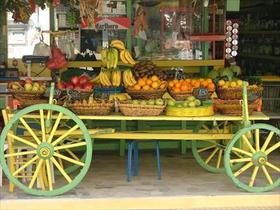 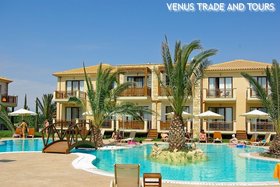 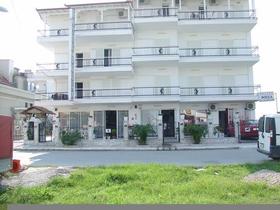 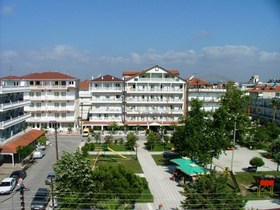 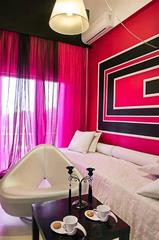 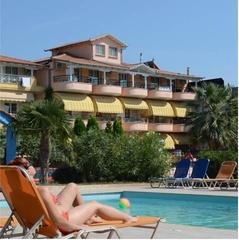