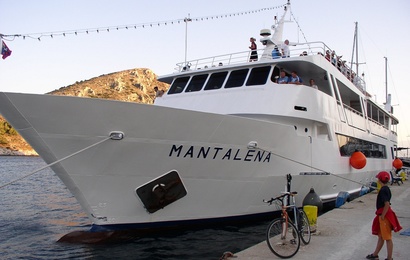 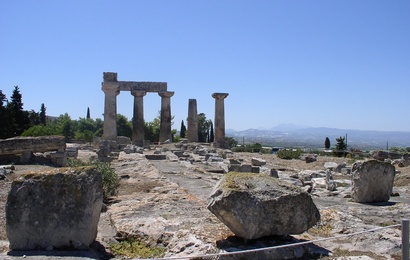 Peloponnese or the cradle of civilization - the region with the famous places of the origins of modern society like Sparta, Mycenae, Corinth or Olympia have emerged couldn’t bear a different nickname. Don’t be mistaken though! There are also beautiful beaches and recreational resorts, and so this magical place breathing with history is perfect especially for those who like to enjoy both nice relaxation on the beach and sightseeing to get to know the culture and history which is literally omnipresent. For a better idea about this destination, we recommend you to see the section Peloponnese Map.

How to get to the Peloponnese

The Peloponnese is oficially denoted as a peninsula but it is connected to the mainland only through a stretch of land divided by the more than 6 km long Corinth Canal, transforming the peninsula into an island basically separated from the continent. The canal is not designed for large ships since it is quite narrow but tourist vessels use it on a daily basis and the rides through the sea canal are one of the popular Greek attractions.

Another popular activity is to see the canal from above, with the buses of travel agencies full of trippers stopping there for a snack break, looking to the depth of 70 metres with the glowing blue water surface. This strong experience is not recommended for those who suffer from the fear of heights. On the contrary, bold and adventurous souls can enjoy the adrenaline bungee jumping in this beautiful strait.

Bridge to the Peloponnese

Another connection with Greece is the almost 3 km long bridge construction in the north of the Peloponnese. It is located on the southernmost promontory of continental Greece, washed by the Ionian Sea in the west, and the Sea of Crete in the east.

The Peloponnese belongs to the large independent units of Greece, stretching on more than 20 thousand km2, which is quite an impressive area for a peninsula (or almost an island). Its landscape is beautiful in the Greek way. It is formed mainly by mighty mountain ranges, with the biggest one called Taygetos with the highest peak of Agios Ilias, boasting a pyramidal shape and reaching the height of almost 2 500 m. It is the famous peak from where the Spartans threw the ill or weak individuals and criminals. Yet the Peloponnese also has woody surfaces, olive and cypress groves, and it is not exceptional to see there citruses, fig trees or other fruit trees and bushes. One of the peninsula’s curiosities, evoking the shape of Chalkidiki, are the four remarkable promontories in the south and south-east. With its shape, the peninsula resembles a kind of a hand or its imprint, yet with one missing finger - the little finger. For detailed information on climate, see the section Peloponnese - Weather.

There is never enough information about Peloponnese Peninsula. And who would be more familiar with the island than those who have spent there their holiday? We would like to ask you to dedicate a few minutes of your time evaluating your holiday on the island, telling us what you liked there and what Peloponnese means to you, or possibly also to give us tips and advice that could be useful for other visitors who are interested in the island and are thinking of going there for holiday.

Since the Peloponnese is a territory with a long coast, we must mention its resorts and beaches. Those are mostly sandy, sometimes with pebbles and small stones, clean water and nice surroundings. The most popular resorts are Tolo and Niforeika. The first of the two offers sandy-pebbly beaches, nice relaxation in the waters of the turquoise sea, enough services and refreshment facilities, but also sports. Niforeika will delight you with its beautiful sceneries and peace without noisy and exuberant nightlife. Another frequently visited place is Palea Epidaurus, a town with a beach covered with sand and pebbles, including all the necessary services. Despite that, the place is not too much affected by mass tourism, and so it can be enjoyed by everyone searching for a bit of peace far from huge crows. Besides that, the town has a museum and you can also visit the ruins of Asklepion and an ancient theatre. The palce called Nafplion with its stony, sandy and mixed beaches and mountainous scenery, or Ermioni, almost unspoiled virgin beach with pebbles - both localities are worth visiting and having a dip in the nice sea waters. The resorts of Gythio offers several beaches of different kinds, some of them fully equipped, others completely untouches by civilization.

What to do on the Peloponnese

If you find the region interesting, we recommend you to see the overview of sightseeing tours of which a part is dedicated to this very peninsula.

Who is the Peloponnese suitable for?

The presence of many historical sites on the island invites to make a trip, and so it is not surprising that many travel agencies offer organized tours to the historical monuments. But it is also possible to discover the beauties of the Peloponnes on your own, with your own or a rented car from one of the many rental companies. Last but not least, the Peloponnese is suitable for cyclists and those who love hiking. Although the island is too large to walk or drive through it all, there are still places that have been made for those activities.

The capital of the Peloponnese peninsula is Patra located in the north. This third largest Greek city belongs to the most significant ports. Every year, a carnival with a more than 150-year tradition is held in this place, the biggest event of this kind in Greece, accompanied by parades of people in masks, parties and programme for children. From Patra, you can head to Corinth, for example, an important trade centre both in the ancient times and today. You will find there the remnants of the old ancient town and the Temple of Apollo with huge pillars that have been preserved. Then you can continue straight to Mycenae. This probably oldest symbol of antiquity and Greek civilization (that has been populated since the Stone Age) was discovered by the same archaeologist who discovered the ancient Troja, Heinrich Schliemann, uncovering priceless gems for the general public. On the east from Mycenae, the place worth seeing is the ancient theatre, or an amphitheatre in the town of Epidaurus. This almost giant settlement has been very well preserved till nowadays. Nearby you should definitely visit the archaeological site of Tyrins with the remains of the original settlement and Cyclopean stone walls. More in the south, you will encounter the famous Sparta. In the times of its heyday, it was a seedbed of strong commanders and soldiers; today it is a favourite target of the tourists for its many historical sites. A few kilometres from Sparta, you can visit a plce called Mystra with the jewels of the ancient Byzantine architecture - a castle, a palace, churches and more edifices. On your way back to Patra, you houldn’t miss Olympia, the place where the Olympics were born, held till nowadays. You can see there the temples of Hera and Zeus, but especially the most significant monument of all, the original olympic stadium.

If you are interested in less well-known places, still not uncovered by crowds of tourists, set off to the picturesque mountain villages. There you can taste the true mohemade Greek specialities and the traditional beverage of ouzo, in some of the small tavernas, and thus experience the unmistakable atmosphere of the country. A bit aside and unfairly omitted, there are also other places that have a lot to offer though, if you have enough time. One of them is Monemvasia on the eastern coast of the Peloponnese peninsula. The visitors will be offered a view on the original medieval fortifications on a rock above the sea. Another huge fortification can be observed in the Akrokorinthos fortress stretching on a slope of a green mountain, also in the eastern part. Obviously the Peloponnese has lots of churches, monasteries and caves. All you need to do is to take your tourist map and set off to get to know the island on your own.

Islands and places of interest around the Peloponnese

In the surroundings of the peninsula, there are many small islands coming under the Greek administration, many of them being frequented by tourists from all over the world (e.g. Ithaka, Zakynthos, Cephalonia and Lefkada in the west, Kythros and Crete in the south, and the Cyclades, Santorini or Naxos in the east).

Where to go on the Peloponnese?

Travel agencies offer tours mainly to the resorts of Niforeika and Tolo. You will find an overview of the tours in the section Peloponés - Tours centre,. We would also recommend you to see the updated offer of the travel agencies listed in the chart.

Tips on a hotel in the area Peloponnese 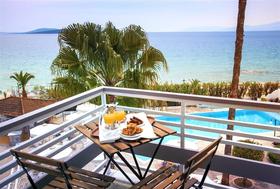 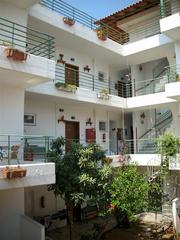 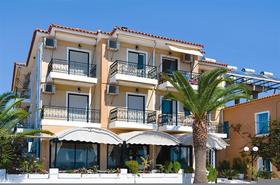 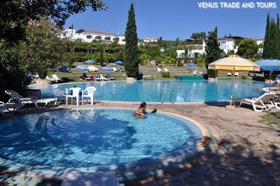 Sunrise Village Beach from 23 742 Kč with all the fees 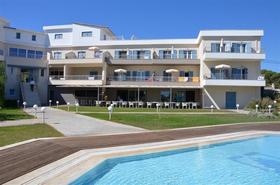 Paradise Resort from 23 287 Kč with all the fees 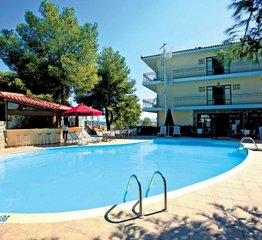