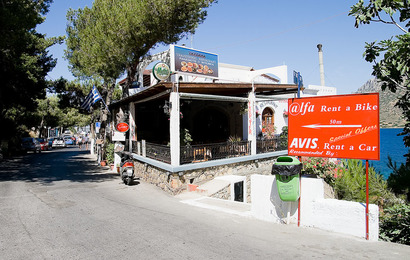 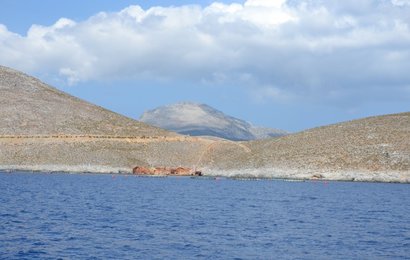 Rippling surfaces of the blue and green waters of the Aegean Sea, huge rocks tempting the visitors of an adventurous nature to climb them, colourful undersea world, snow-white houses, and a coast scattered with beaches. Those are only a few characteristics of the Kalymnos island, pertaining to the most charming places of the whole Dodecanese achipelago. It is precisely the magnificent nature that attracts visitors to these parts of the Greek islands.

Kalymnos: charactesristics of the island

The landscape on Kalymnos island is a bit harsh, since the island is quite dry (for detailed overview of the climate, see the section Kalymnos - weather), with less vegetation, and most of its territory is covered with varied rocks, sloping down up to the sea coast, forming charming secluded places, bays and caves. Most of the natural part of the island is made of limestone but in some parts you can also see rocks of volcanic origin as a result of intense tectonic activity. Near the village and famous tourist resort of Kantouni, you will even find a long-extinct volacano.

Despite is seeming inhospitableness, the mountains are hiding two valeys in their interior - Vathi and Pothia – with fertile ground suited to grow citruses, especially orange trees, but also olives and grapevine. The seabed couldn’t be referred to as poor or uninteresting either; for more than 500 years, the coast served as a large deposit of sea sponges, providing the base for living to the island inhabitants. Therefore Kalymnos become renowned as the island of collection of these tiny organisms, although this activity has been moved to other locations recently. The sea sponge is still one of the popular souvenirs tourists bring home from their holidays. Also diving has remained as one of the most popular sports attractions of the island.

If you want to make a better idea about the island before you continue reading, take a look at the section Kalymnos Map.

There is never enough information about Kalymnos Island. And who would be more familiar with the island than those who have spent there their holiday? We would like to ask you to dedicate a few minutes of your time evaluating your holiday on the island, telling us what you liked there and what Kalymnos means to you, or possibly also to give us tips and advice that could be useful for other visitors who are interested in the island and are thinking of going there for holiday.

Besides the hot sun and beaches, sports and picturesque landscape, the island visitors are also tempted by archaeological findings and historical sites. Those reflect the eras of the dominion of the Romans, Venetians, Turkis, Italian or Germans respectively, but they also bear witness of the natural disasters, especially the frequent earthquakes that led to the separation of some parts of the island. Therefore Kalymnos, like most other Greek islands, has a rich history dating back as early as many centuries BC. On the island you can see the remnants of Roman and Byzantine edifices, Myceanean tombs, and above the place called Pothia, which is the island capital, you will even find a mediaeval castle.

A significant part of modern history revolves around the already mentioned collection of sea sponges. Unfortunately due to their excessive extraction that began already in the 16th century and lasted for many years, their numbers have decreased, and so they are still more and more rare. And obviously Kalymnos is not deprived of the mystical Greek mythology wrapped in secrets, accompanying literally every piece of land. The island has inherited its name from the giant Kalymnos who had been allegedly thwon to this very part of the Aegean Sea. The giant’s legs are said to be seen from above in the relief of the island.

The beaches on Kalymnos Island are mostly covered with pebbles, but you will also find sandy beaches on the western coast. Those include mainly the beaches close to the resorts of Kantouni and Massouri. Some beaches have been even adapted for the nudists. Yet what most beaches have in common is that they are connected to the local road infrastructure, so you can get everywhere comfortably on a bike, a motorcycle, by car or by bus. The typical island beach activity is diving or snorkelling, and of course different aquatic sports.

Kalymnos - What to do on the island?

Kalymnos is an island offering traditional Greek atmosphere, and typical island romanticism, that essentially includes a wide range of delicous dishes and refreshing drinks in the local tavernas, restaurants and bars tempting for a nice sit-down. The local cook masters will prepare fish specialities or a grilled octopus  and oysters, and to drink the nice and obliging restaurant staff will bring you wine or the traditional alcoholic beverage, ouzo. The most frequently served dessert are the delicious loukoumades, small fried donuts with honey and cinnamon, that are usually the sweet end of your meal and a nice gift on the house. In the late night hours, some spots will come to life will night entertainment that won’t finish until the dawn. And if you are lucky to be on the island at the time of the island parton saint at the end of July, you will experience the unmistakeable atmosphere of traditional Greek celebrations.

In the local bakeries and little shops, you will get delicious bakery products and desserts. Generally the products of local producers, farmers and fishermen are characteristic with their top quality and delicious taste, whether you buy fruits and vegetables, seafood or honey, for example, that it said to be the best in Greece, with thyme, oregano or sage flavour, which are all the herbs growing in the middle and low placed fertile parts of the island. Of course you can buy there also other groceries, beverages, articles of daily use, and souvenirs, including the sea sponges.

As for sports and physical activity, Kalymnos can boast to be the mountaineers’ paradise. For mountain climbers, special rock routes have been prepared, some of them with caves you can visit on your climb. If you are really interested in climibing and would like to try it, you can visit the website of Climb Kalymnos (the page will open in a new window). Those who are of a less adventurous nature can enjoy some of the less adrenaline activites, like the hot springs that are said to have healing properties.

If you love to learn new things, Kalymnos also offers several museums. Some of them are associated with the sea, like e.g. Museum of Traditional Seafaring or Marine Life and Findings Museum, while other show the local traditions (Kalymnos House), or they represent the local personages (Historical museum of Nikolaos Vouvalis).

Places of interest on Kalymnos

One of the most interesting places on Kalymnos Island is the capital of Pothia.

This former fishing village is located in the southern part of the island, and it is also a port. It hides many secluded places and many historical monuments. Obviously there is a museum with exhibitions on the island, and typical churches and a monastery, requiring its visitors to be dressed adequately and wear clothes covering most of their body. You can draw breath in some of the local cafés, tavernas, and restaurants, offering tasty refreshment, or go for a romantic walk to the adorable streets and visit the little shops with plenty of tempting goods. One of the town’s curiosities are the local factories for sea sponges processing.

Yet Kalymnos is hiding also other places the tourists are interested in, like for example the former capital, Chorio, with its knight castle, and the remains of a historic church. Those interested in everydaylife of the locals out of the main tourist resorts can visit some of the traditional Greek villages in the island.

In the island surroundings,  you shouldn’t miss the visit of the neighbouring islands of Telendos and Pserimos, sometimes also called the ‘Sleeping Princess’, that were separated from the island many centuries ago during a volcanic rage. If you feel like going for a longer trip, you can go to the islands of Kos or Leros or to the Turkish mainland.

In case you want to discover Kalymnos Island a bit more, you will need a means of transport. You can find the basic information on car rental services in the section Kalymnos - rental services.

Kalymnos is a very popular destination. You can find most travel agencies and tours here in Kalymnos - Tours centre; the tours can be purchased with one of our special bonuses (a discount, a travel guide or a map), but some travel agencies also offer a discount for an online reservation or have different offers that couldn’t be included in the price list. Therefore it is highly recommended to see also the offer of the travel agencies listed in the Recommendation of a Travel Agency chart. You can find a complete overview of the hotels, suites and studios offered in the destination in the section Hotels, suites and studios on Kalymnos.

How to get to Kalymnos?

The fastest and the most comfortable way to get to the island is to take a flight from Athens. The new modern airport provides all the necessary comfort to the travellers. The airport is called Kalymnos National Airport and its codes are IATA: JKL and ICAO: LGKY. In case you prefer boat transport, use the regular ferry connection from Piraeus and other Greek islands. Between the Dodecanese islands, (including e.g. the islands of Rhodos and Karpathos), there are also private boat transporters operating.

Where to go to Kalymnos?

Tips on a hotel in the area Kalymnos 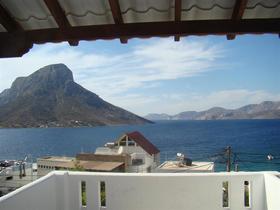 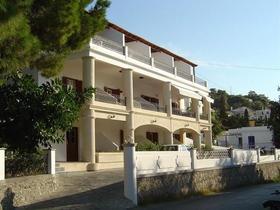 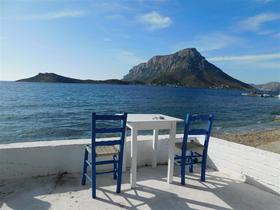 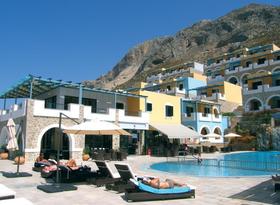 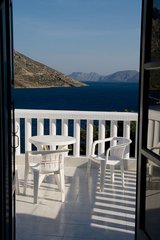 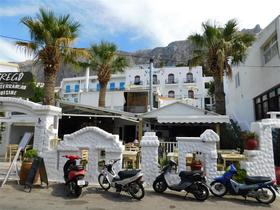