Andros Island, proud to be named after the ancient hero and demigod, could be compared to a small paradise on earth. Its picturesque landscape abounds in the varied azure coast, burbling rivers, green valleys, steep mountains, sweet-smelling flowers and authentic little villages. This second largest island of the Cyclades washed by the Aegean Sea is hiding something for everyone.

If you want to take a look where different places are located, see the part Andros - map

The greatest concentration of remarkable historical sites is naturally situated in the capital of Andros (Hora/Chora/Khora). Another place which is also frequently visited is called Batsi. You can start for example in some of its many musems. Thanks to the old tradition of navigation and since the town is a port, one of the best exhibitions can be found in the local Maritime Museum. Which is not surprising at all - in ancient times, the island would be a renowned sea power and a centre of education for top-ranking naval officers and captains. Those interested in history will certainly appreciate the Archeological Museum where one can admire statues and porcelain from the ancient times, archives and other objects from the bygone era. And art lovers won’t get the raw deal either, since art is considered to be one of the key parts of culture on the island, so you can take off right away to the Museum of Modern Art and delight your eyes with the artworks by some of the famous Greek and foreign authors.

The ancient witness to history and the unique site number one of Andros Island is the ruin of Venetian castle built many centuries ago as a town fortress. Today the remains of this weird construction are situated on a small island connected with the main part of Andros Island by a bizarre ancient bridge.

There is never enough information about Andros Island. And who would be more familiar with the island than those who have spent there their holiday? We would like to ask you to dedicate a few minutes of your time evaluating your holiday on the island, telling us what you liked there and what Andros means to you, or possibly also to give us tips and advice that could be useful for other visitors who are interested in the island and are thinking of going there for holiday.

Those who like to peek inside the everyday life of the locals should visit the little villages scattered all over the island. Most often they can be found on the coast or in the mountains but all of them have something in common - people  live there at their pace, like if they were behind the modern times. This is maybe why they are so attractive for the foreigners living in cities who forgot how their ancestors used to live long time ago. They can literally take a look into the past there, whether they arrive in the medieval village of Messaria with a unique byzantine church from the 12th century, in Menites full of greenery and gardens pleasing to the eye, or the place called Apoikia with the Sariza healing spring that has a beneficial effect for the kidneys and urinary tract.

The capital called by the locals as Hora or Chora, but also Andros, hides many mysterious and romantic secluded places of the small streets and ancient squares. It is surrounded by beaches from two sides, while it has white houses scattered on the rugged slopes, and sumptuous snow-white buildings of churches and palaces standing out for their fine vaults and other remarkable elements of construction. Those constribute to the fact that the town of Andros ranks among the most beautiful places on the island. The variety of local architecture imparts the charming nature to it, giving the newcomers the opportunity to soak up the breath of history.

Why travel to Andros?

Long white beaches, warm Aegean Sea, romantic capital of Chora, little villages scattered in the mountains where time seems to have stopped. Those are only a few reasons why you could fall in love with the second largest, though less famous, island of the Cyclades.

The typical character of Andros Island is formed by the omnipresent slate walls you will see all over its area and that have deep historical roots. They served to separate the individual agricultural pieces of land and to keep the livestock in one place. With their construction, they belong to the unique architectural phenomena you can see in this place only, just like the dovecots. Those have a similarly interesting fate; yet today, they serve mainly as historical sites and an adornment of the local landscape.

More than one hundred kilometres of coast stretching along the whole area of Andros Island provided the people with enough space to make use of the beaches for touristic and recreational purposes (see e. g. the beaches of Limanaki, Vitali, Zorkos or Pirgos). And so, the visitor will find there any amount of places where to sunbathe, swim, take a rest, etc. The white sand and the golden sun create an unforgettable atmosphere of the most northern place of the Cyclades Archipelago, including also the islands of Santorini, Naxos and Syros, among others.

For more information, you can visit the sites of the MUNICIPALITY OF ANDROS or ANDROS ISLAND.

Where to go on Andros?

Travel agencies currently offer tours to the resorts of Batsi and Chora, the capital

Tips on a hotel in the area Andros 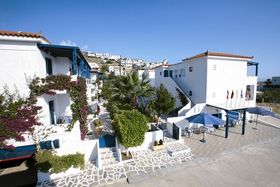 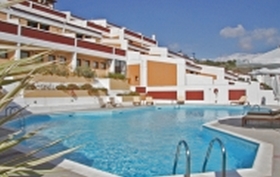 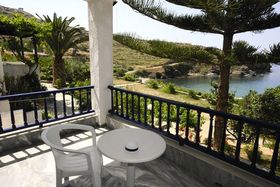 Erotiki Studios from 33 295 Kč with all the fees 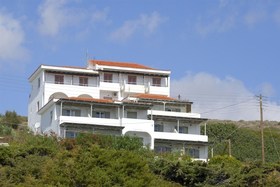 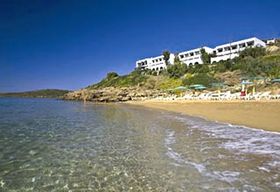 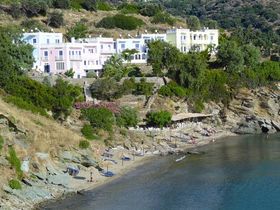