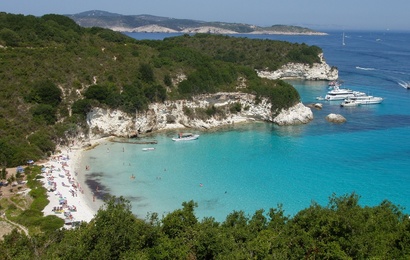 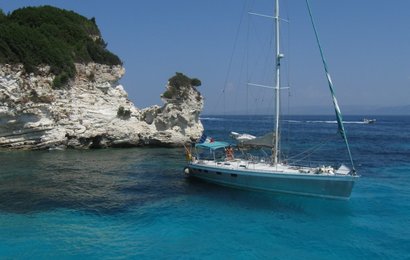 Paxos, the smallest of the Ionian Islands (including e.g. Corfu, Lefkada, Cephalonia or Zakynthos), is located about 12 km south of the world-famous destination popular among the tourists, the island of Corfu. Although the island is quite small - its area is about 20 km2 and the island is at the most 11 km long and 5 km wide in its widest point, it tempts visitors with its ubiquitous green vegetation and sea of an almost incredible turquoise colour. You can get there only by boat; on land, the best is to move by some rented means of transport.

On your walks and drives through the charming nature, you can see olive groves on every step, separated by little walls and paths, colourful flowers of rare plants, and a small vineyard here and there. For a better idea about the island, we recommend you to see the Map of Paxos Island.

There is never enough information about Paxos Island. And who would be more familiar with the island than those who have spent there their holiday? We would like to ask you to dedicate a few minutes of your time evaluating your holiday on the island, telling us what you liked there and what Paxos means to you, or possibly also to give us tips and advice that could be useful for other visitors who are interested in the island and are thinking of going there for holiday.

Paxos and its places of interest

The first step of most tourists will probably be the town of Gaios, the local administrative centre, which could be called, despite its small number of inhabitants, the island capital. Out of the 3 000 permanent inhabitants of Paxos, 500 live in this very town. The local coast is fringed by colourful houses and many shops and tavernas. In the peak season, the restaurants terraces invite you to observe the seaside life and especialy the splendid luxurious yachts arriving to the coast. The charming scenery looking like a romantic movie is completed by the two neighbouring islands of Panagia and Agios Nikolaos.

Resorts and places of interest on Paxos Island

One of the most visited places that are definitely worth seeing is the village of Lakka, located in the north, being the second largest municipality after Gaios. In Lakka you can spend your time practicing water sports, i.e. diving, riding a boat, water skiing or winsurfing, idling on some of the local beaches, or go to a taverna and enjoy the local specialities. The local nightlife is quite varied, with its several dance clubs. In the surroundings you can see an adorable lighthouse and windmills.

Loggos (Longos) is the smallest villages in the island. It is awaiting its visitors with peace and tavernas ideal for a nice sit-down and rest. Twice a year, the locals organize a music festival of classical music, and also a jazz festival. You can visit an old windmill with a beautiful view on the surroundings.

Mongonissi is a small island in the south, connected with Paxos through a bridge construction. The interesting thing about it is that it offers the only sandy beach of the island. Obviously it also has refreshment facilities and beautiful view on the magnificent scenery with the close island Antipaxos as a landmark.

What to do on Paxos?

Paxos island is perfect especially for those who love hiking. With its many paths, the island provides countless possibilities how to enjoy their hobby and become absorbed in the Greek island nature. Most of the walking routes lead through sweet-smelling olive groves, hiding many secrets like several dozens of churches, among others. Almost in the very centre of the island, you can find the church of Agii Apostoli (Holy Apostles church) with a splendid view on the surroundings. A magnificent panorama is offered also by the bell tower of the Ipapandi monastery close to the village of Lakka. Those who want to try something unconventional can measure the span of their arms with the largest olive tree of the island. Another attraction, this time a bit different, are the unique sea caves on the western coast. Their water has extraordinary hues of blue, mainly of the deep dark blue. That is why the place is popular among divers. The largest cave bears the same name as the monastery, i.e. Ipapandi, the seat of the God of the Seas himself, Poseidon, according to a legend. In the same part of Paxos, you can notice an unusual rock structure called Ortholithos, protruding majestically from the depths of the sea.

Those who prefer more rest and less tourism will be delighted by the island stretch of beaches. Although their surface is mostly pebbly, the crystal clear water will greatly offset this fact. Its colour is literally tempting to immerse all your body into the salt sea liquid. Most beaches on Paxos are accessible within walking distance, yet some of them require to get there by sea.

Where to go to Paxos?

On Paxos, you can visit mainly the resort of Lakka.

Tips on a hotel in the area Paxos 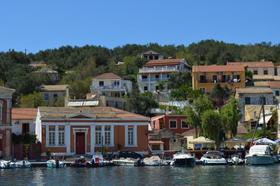 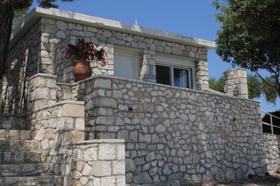 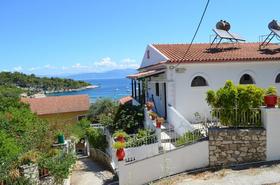 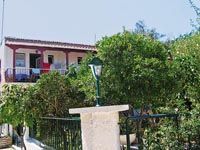 4.
edit
A related area
Did you find what you were looking for?