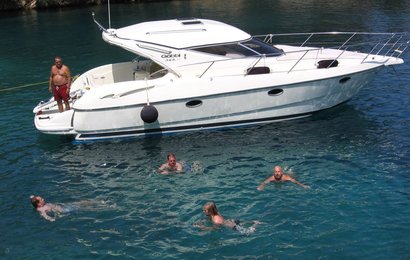 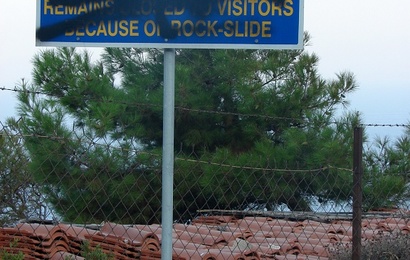 Cephalonia Island, resembling a jumping frog with its shape when seen from above, is the largest island of the Ionian Islands (that includes also the islands of Corfu, Zakynthos, Lefkada or Ithaka), and it is the 3th largest of all Greek islands, although with its number of inhabitants (about 40 thousand), it could be classified as a small town. That doesn’t mean the island would be less beautiful though, quite on the contrary. Cephalonia landscape that enchanted the British romantic poet George Gordon Byron, is incredibly varied, full of scents and colours, and with its many historical sites and charming beaches, it attracts thousands of visitors every year.

The origin of its name can be found, like in case of other Greek islands, in mythology. The legends talk about an illustrious commander and fighter, Cephalus, and so probably the name Cephalonia was given to the island to pay tribute to this hero. Yet the roots of the island’s name are often searched for in the Greek language as well - in fact the Greek word kefali means ‘a head’, and the island actually used to be an administration centre, a kind of governing head of the region; moreover, the island is the biggest one in the area, and so its name based on this meaning would even seem more logical. Nonetheless the truth is still hidden in the studies of scientists, historians and linguists.

Before leaving the island, you should definitely taste the local delicious wine called Robola, renowned to be a top quality brand of wine in the world.

The island surface is formed by several remarkable contrasts - it has high mountain ranges scattered with exuberant vegetation, sea bays with adorable beaches and crystal clear turquoise sea, but also slopes covered with grapevine and landscape sceneries with valleys immersed in the colourful spectrum of flowers. After all the island has an ideal climate for vegetation - you can check yourself inthe section Cephalonia - Weather. All that is Cephalonia - a land full of variety and endless suprises.

There is never enough information about Cephalonia Island. And who would be more familiar with the island than those who have spent there their holiday? We would like to ask you to dedicate a few minutes of your time evaluating your holiday on the island, telling us what you liked there and what Cephalonia means to you, or possibly also to give us tips and advice that could be useful for other visitors who are interested in the island and are thinking of going there for holiday.

Cephalonia and its places of interest

Before you continue reading, we would recommend you to take a look at Cephalonia Map first to see where all the areas are located. Everything has been prepared for you in the section Cephalonia Map.

The highest peak of the island is the mount Mega Soros, peacefully resting among the other rocks of the Aenos mountain range which is a Greek national park. It reaches the height of more than 1 600 m, and so it is the highest of all the peaks on the Ionian Islands. In the ancient times, on its very peak, there used to stand a sanctuary dedicated to the supreme Greek god, Zeus. Unfortunately due to strong volcanic activity and frequent earthquakes, it has been erased from history. Besides the magnificent view from Mega Soros as a reward of a challenging hiking tour, you can see one more natural phenomenon on the slopes of the Aenos moutains, even a kind of island rarity - the Cephalonian fir, growing, as its name suggest, only on this little piece of the earth. And it is not exceptional to see herds of wild horses either.

Among the world’s unique geological phenomena, we can certainly mention Kounopetra which is a moving rock. And it actually is a rock mass that was still moving a few dozens of years ago from the east to the west depending on the intensity of sea waves. This weird activity was only cased by an earthquake that hit the island in the 1950s. You will find this natural phenomenon on the southernmost tip of the esatern peninsula of Paliki, near the village of Manzavinata.

Another equally interesting jewels of Cephalonian nature are its caves. The most popular one is Drogarati (Dragon Cave) which can boast an impressive decoration formed by colourful dripstones that will delight not only your eyes but also your ears, as concerts are held in the cave given its excellent acoustic conditions. Another unique places are the Melissani Cave and Melissani Lake, where tourists can go for a boat ride in the magical environment of the cave lagoon.

Close to the capital about 2.5 km north, there is a geological rarity called Katavothres. Sea mills were built there, making use of the strong water currents that were flowing extremely fast through the rocks and sinking in some place no one knew about. Till the 1960s, no one was able to explain this natural phenomena. Finally experts came up with the idea to colour the water and observe where it would appear. The experiment was successful and it was found out that the water was travelling for almost 20 km to stream into the lakes of Karavomilos and Melissani.

Cephalonian historical sites are quite affected by the intense seismic activity, accompanying probably all historical eras of the island. The first mentions on the island settlement are dated back as early as the several dozens of thousands of years BC, and so it is not surprising you will find so many cultural, artistic and architectural jewels on the island - including monasteries, churches, and remains of castles and fortifications.

The capital of Cephalonia Island is Argostoli, a port and a cultural, administrative and trade centre of the island. The places worth seeing there are the Plateia Valinaou square with many remarkable edifices, including the town hall and St. Spyridon Church, one of the most popular Greek saints. The visitors often head to the Drapano bridge connecting the two parts of the town, and the Radikalu monument in its proximity. Yet many of the sites disappeared during the earthquake in 1953, and so you will find many new modern buildings in Argostoli built to resist also this undesirable natural phenomenon. Thanks to the well-preserved town plans, the town could be rebuilt into the same shape like before the devastating earthquake.

Obviously one of the essential parts of your perfect holiday on Cephalonia island, if not the most important one, are the beaches. Despite their popularity, it can still be said they are not so crowded by tourists like other localities of the Greek islands, and so if you are searching for a compromise between a relatively peaceful holiday on a beach, and enough opportunities to go for trips and have fun, Cephalonia is the right place. The local beaches are renowned especially for their pure water, also because it is full of different shades of blue, tempting for aquatic pleasures. From the most famous beaches, let us name Agia Efimia, Assos, Avithos, Kaminia, Katelios, Kipourion, Lassi, Lixouri, Lourdata, Myrtos, Makris Yalos, Lepeda, Petani, Platis Gialos, Poros, Sami, Skala, Svoronata, Xi and Zola. Especially Skala beach is a well-known place for being awarded the Blue Flag of the EU for the resort quality and water cleanliness. And we can’t forget Myrtos beach either, the favourite beach of all who own a camera, as the local scenery will take your breath away and everyone wants to bring home at least a small piece of the perfect combination of snow-white rocks and the sea with all shade of blue.

Here are some of the observations of the visitors of this website. If you would like to add something, you can do it here - Write additional information about Cephalonia Island

Cephalonia has enthralled me with its variety, beautiful nature, green vegetation, and magnificent beaches, some of them completely abandonned, with the high mountains even emphasizing the scenery. I think the Skala resort where we were staying (in the very nice Big Village Hotel) is one of the most beautiful resorts on the island, with the long sandy and pebbly beach (both equipped and wild on its end). The town has its pedestrian area (something I had never seen in Greece before) full of small shops and tavernas. There is a little church and two playgrounds, full of blooming hibiscuses and bougainvilleas. It is perfectly suited for peaceful evening walks and sitting in tavermas. In the resort you will almost exclusively hear only English as it is a popular resort of the British elderly. The island is quite big and it can’t be travelled all during one stay. To not feel like on a race, I have decided to visit the island at least once or twice more.

Travel agencies offer tours mostly to the resorts of Agia Efimia, Argostoli, Assos, Fiskardo, Kipourion, Kounopetra, Lassi, Lepeda settlement, Lixouri, Poros, Sami, Skala, Svoronata, Xi settlement and Zola. You can find most travel agencies and tours here in Cephalonia - Tours centre; the tours can be purchased with one of our special bonuses (a discount, a travel guide or a map), but some travel agencies also offer a discount for an online reservation or have different offers that couldn’t be included in the price list. Therefore it is highly recommended to see also the offer of the travel agencies listed in the Recommendation of a Travel Agency chart. You can find a complete overview of the hotels, suites and studios offered in the destination in the section Hotels, suites and studios on Cephalonia.

And here is a short video/slideshow from different spots on Cephalonia:

Tips on a hotel in the area Cephalonia 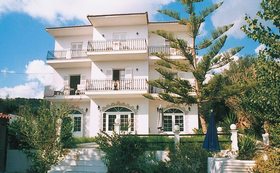 Sea Breeze Studios from 10 111 Kč with all the fees 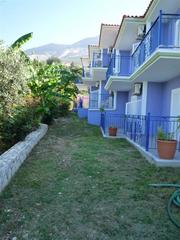 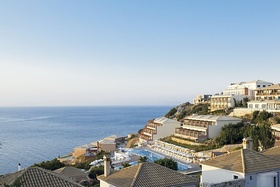 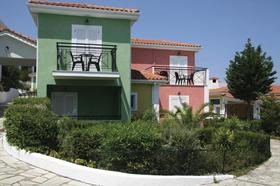 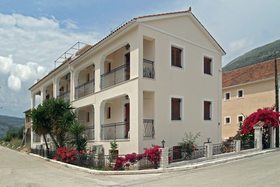 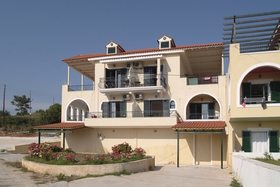