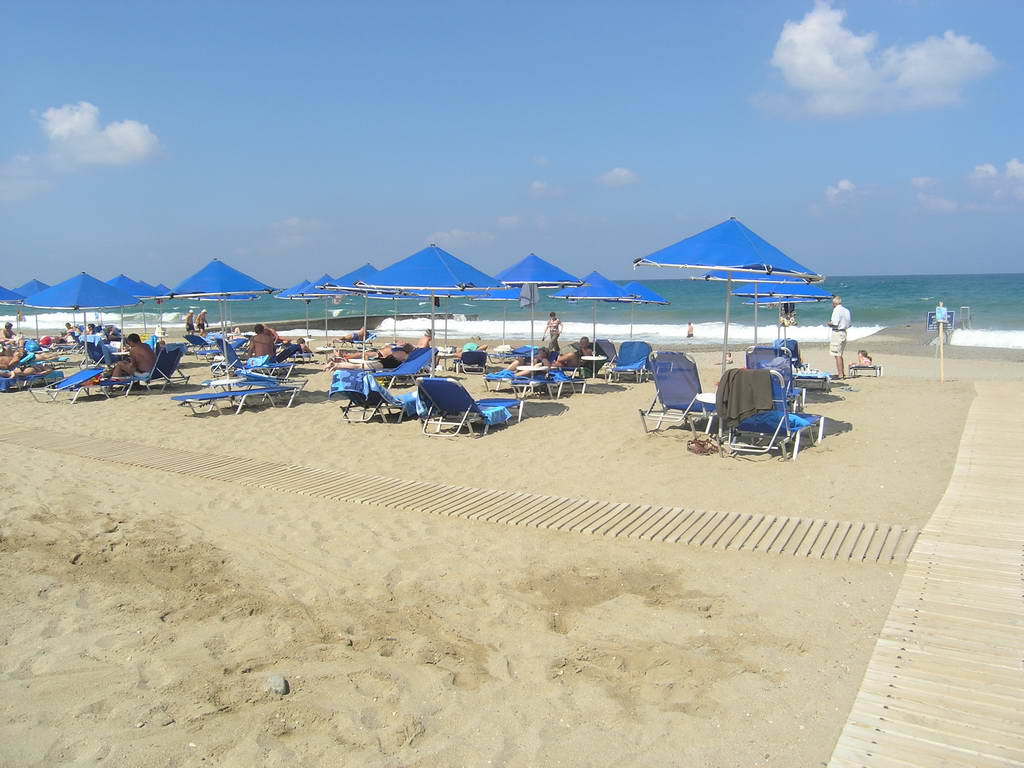 the Evaluation of the helping others travellers. If you have already visited Adelianos Kampos, we will be very grateful for your opinion.

The current offer of hotels, apartments and studios

Adelianos Kampos is similar to the resorts nearby, as the area of Rethymno - Skaleta is forming one huge tourist complex with more or less the same equipment and conditions in all parts.

A former fishing village, today Adelianos Kampos is a huge and well equiped tourist complex offering all the conveniences to the tourists to spend a perfect holiday full of fun and relaxation both during the day and night.

The Adelianos Kampos resort is located in quite a flat area, with mostly low buildings, so the view on the resort is very nice. There are lawns between all the buildings, almost every hotel has a garden with tall palm trees towering above the roofs, and so Adelianos Kampos gives the impression of a luxury tropical resort.

The long beaches in Adelianos Kampos and its surroundings offer enough possibilities of romantic walks and places for rest in the great number of beach tavernas and bars. If you are travelling with your children, you will certainly appreciate the gentle entry into the water, perfect for different games on the coast.

What to do in Adelianos Kampos?

In Adelianos Kampos, you will find all the facilities you can imagine not only on the beach but also in the town itself, including a great number of tavernas, shops, discos, and programmes of day entertainement and varied nightlife.

For those searching not only for the luxury of the tourist resorts an dbeaches but also for nature and historical sites who like to go for trips, Adelianos Kampos is a perfect point of departure to know the central Crete and its south coast. Near Rethymno, there starts the main road leading to the south on which you can get to the regions like Hora Sfakion, Plakias, Kommos or Matala easily. Given that there is also the main road connecting the wesr and the east of Crete, from Adelianos Kampos you can also easily access towns like Hania or the capital of Heraklion.

Tips on a hotel in the resort Adelianos Kampos 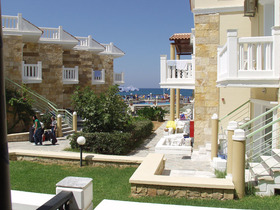 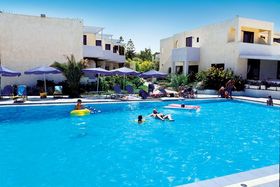 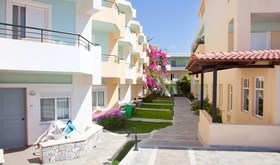 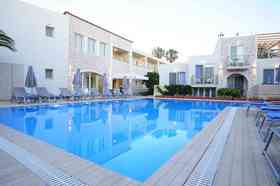