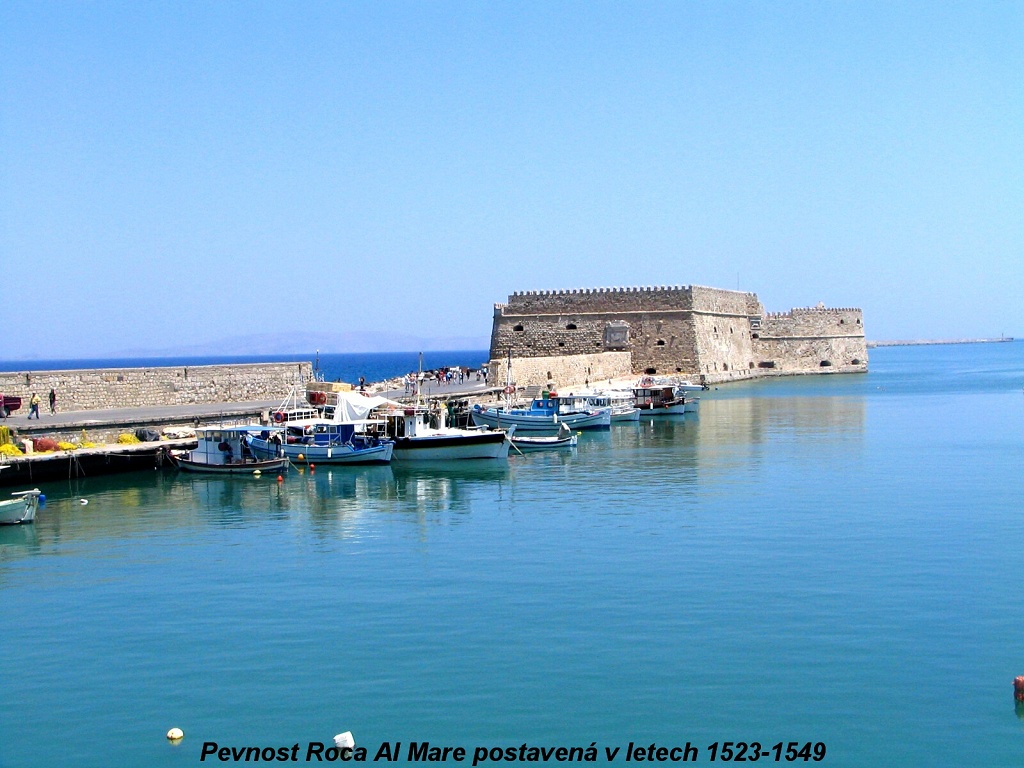 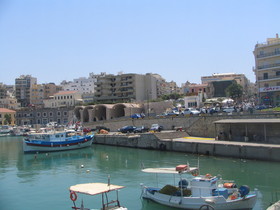 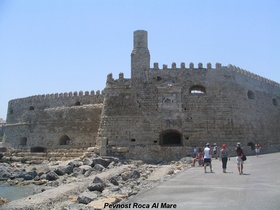 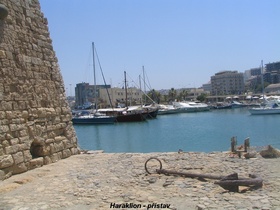 the Evaluation of the helping others travellers. If you have already visited Heraklion, we will be very grateful for your opinion.

As the peripheral parts of Heraklion do not really abound in beauty, you can admire the historical monuments on your visit of the old part of the city, hidden behind the concrete wall of buildings in the eastern part, and the industrial suburbs in the west.

The town landmark is a Venetian fortress built between 1523 and 1549 that protected the entrance into the port and served as a point of defence during the Turkish siege. Today there are concerts and theatre performances being held in its courtyard. The old Venetian port in Heraklion serves as an anchorage of fishing boats and yachts, with armouries nearby that served for boat repair.

Among the most significant churches in Heraklion, we can find the Byzantine church of Saint Titus that was named after the first Cretan bishop. During the Turkish occupation, it was converted into a mosque which was then destroyed by an earthquake in 1858. The current edifice is from 1925. Other remarkable buildings in Heraklion include a former Venetian loggia from 1627, located on the Platia Venizelou square - today the main point of Heraklion social life.

The biggest tourist draw in Heraklion is the Archaeological Museum - Kretikon Museion, with its exhibits competing with the National Archaeological Museum of Athens in terms of their significance and scope. Its collections are the vastest overview of the Minoan culture in the world. The findings are arranged chronologically in 16 halls and their thorough visit will take you at least one day. Near the archaeological museum, there is a bus stop, so, you can get there easily also using public transport and visit Knossos at the same time, for example. In Heraklion, you will also find the Museum of Religious Art with its paintings and unique icons placed in a church on the Saint Catherine Square, the Historical Museum with Cretan folk art and collections from the battles for Crete from different eras. The historical museum includes the study Nikos Kazantzakis (a diplomat, poet and the author of the novel Zorba the Greek), with his tomb located in the southern part of the fortress ramparts.

Transport in Heraklin is quite chaotic, and so, to visit the city, the best option is to park your car near the bus terminal close tot he port.